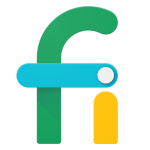 Google's long awaited carrier play was announced recently as Project Fi, an MVNO running on Sprint and T-Mobile that will begin as a Nexus 6 exclusive. The official Project Fi app is now live in the Play Store—not that it will do you a lot of good without an invite, which no one seems to have yet.

Project Fi will switch between Sprint and T-Mobile depending on who has the best LTE signal in your location.

Google's Project Fi App Arrives In The Play Store To Free Your Phone (As Long As It's A Nexus 6) was written by the awesome team at Android Police.