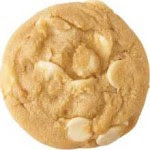 Google will be unveiling the successor to Lollipop at Google I/O in just a few days, but we won't get a real name. It will likely just be called Android M until it's released, but Google has an internal code name just as it did for L and K. It's called Macadamia Nut Cookie (MNC), a name which is already being referenced in AOSP.

Disclaimer: No matter the confidence level, there's always a chance product updates, features, and some or all details will be changed or cancelled altogether.