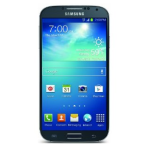 The Galaxy S4 was an incremental upgrade over the S III, but it still sold like gangbusters. So there are untold millions (billions?) of people out there waiting on their Lollipop updates. Fortunately Sprint has posted changelogs for both of its Galaxy S4 variants: the original and the Spark version.

The former gets bumped up to software version L720VPUGOD2, while the latter receives L720TVPUCOD2.

Now I hear you, didn't the Spark S4 get Android 5.0 just last month?