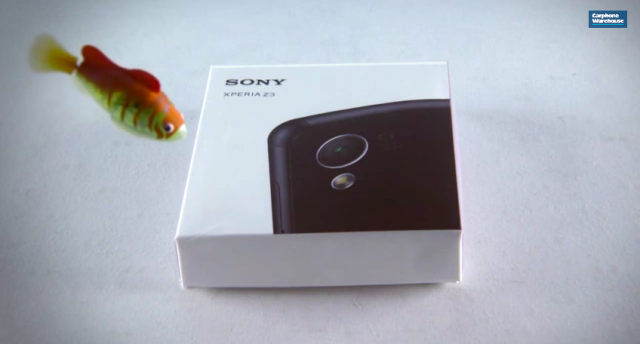 Although occasionally guilty of it ourselves, we’ll admit — smartphone unboxings aren’t always the funnest videos to watch. But alas, they’re a necessary evil, meant to give you a quick first look at what you can expect when you open up x device for yourself (and we typically mix in our first impressions to keep things interesting).

Earlier today, we saw what happens when you crack open an actual Sony Xperia Z3 smartphone, exposing all the modular internals to the outside world. Now, the folks at Carphone Warehouse are giving us a more unconventional unboxing of the Z3, taking the phone deep underwater in their latest YouTube video. Given that the Xperia Z3 has an IP68 rating in water, it has absolutely no problem being submerged in 1.5 meters of water. You have to admit, that’s one killer feature.

Check out the video below and be sure to let us know what you think. Cheers.


from Phandroid http://ift.tt/1wW3KBP
Posted by Unknown at 8:06 PM No comments: 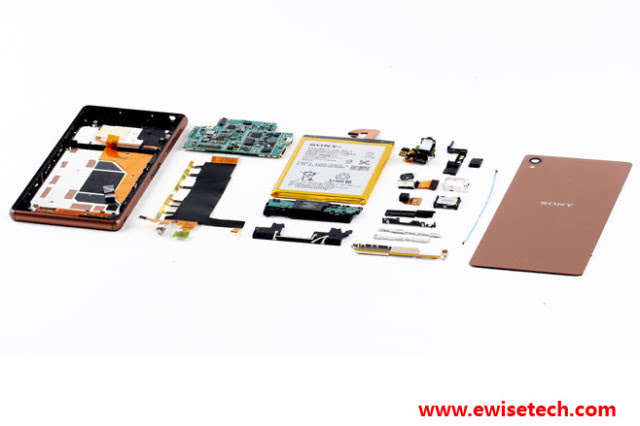 We’ve been anxiously awaiting the arrival of the Sony Xperia Z3 and its smaller sibling, the Z3 Compact. Call us sick in the heads, but we take a certain amount of pleasure in watching the disassembly of these tiny pocket computers with the Sony Xperia Z3 being no different.

The phone is the subject of a new teardown by the folks at Ewisetech, giving us an up close look at everything that makes the Z3 tick. For interested parties, take a look at a few of the upcoming smartphone’s exposed parts down below. 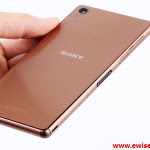 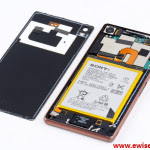 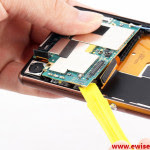 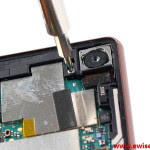 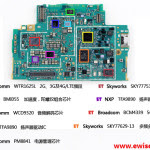 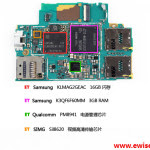 Unsurprising, there’s not too much different from the older Z2 model (this ones got more rounded edges). The back plate is removed rather easily, using some kinda of foam insulation to keep a water tight seal. Once cracked open, inside you’ll find the use of Samsung RAM/ROM, and a handful of chips from Broadcom and Qualcomm on the exposed motherboard.

If nothing else, we were surprised at how clean and modular all the internal parts were, leaving us confident that replacing parts on the device shouldn’t be too troublesome. Fore more pictures, check out the source link below.

from Phandroid http://ift.tt/1uzMTGV
Posted by Unknown at 6:57 PM No comments: 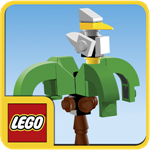 It's pretty impressive how quickly LEGO has transitioned from a conventional toy (sorry, versatile interlocking brick system) manufacturer into a media powerhouse, with entries touching every part of pop culture. Their latest game for Android is actually a port of an existing browser game, made using the ubiquitous Unity engine. LEGO Creator Islands lets players log into their LEGO ID account to continue play across the web and Android platforms, or just go it alone on mobile.

LEGO Adds Creator Islands To Its Growing Stable Of Kid-Friendly Building Games With No IAP was written by the awesome team at Android Police.

Pushbullet introduces ‘Channels,’ like a mix between Yo, IFTTT, and RSS

Pushbullet has slowly grown into one of those Android applications we simply can’t live without. Recently, we saw updates that brought the ability to reply to our phone’s SMS messages straight from our computers, and even universal copy/paste. Again, we can’t say enough about the application and how it’s helped streamline our workflow.

In a new update rolling out for Pushbullet on the web, the service is now introducing something they’re calling “Channels.” It’s a little hard to describe, but we’d liken it to services like Yo, IFTTT or RSS where you can essentially subscribe to notification feeds via Pushbullet’s new web portal. Once subscribed, you’ll receive notifications when something like a website publishes a new post, or when the channel owner wants to notify subscribers about some important update. 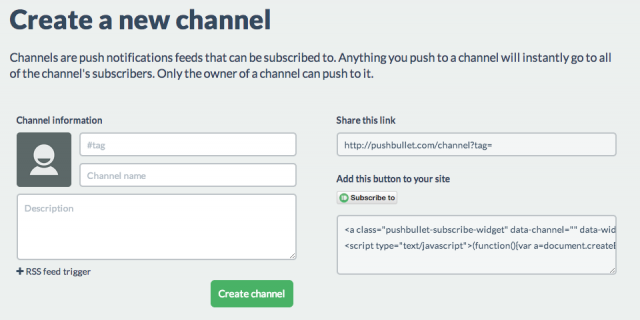 While RSS feeds are naturally the most obvious type of Channel, Pushbullet describes a use case scenario where small businesses, groups, or even teachers need to send something to all their subscribers at once. Sure we have email, instant messaging, SMS, or just about any number of apps that do much of this already, but the fact that it’s so easy to set up and configure on an app we’re already using makes it useful enough to give it a shot.

You can get started making your own Channel here , or subscribe to the Phandroid channel here to get notified of new posts, or even receive notifications when our weekly wallpaper posts go live here . You can find all available Pushbullet Channels by visiting the link down below from your web browser.

from Phandroid http://ift.tt/1DX9sbv
Posted by Unknown at 5:37 PM No comments:

In a followup to previous posts in which we highlighted some controversial new changes making their way to the Google Play Store — namely, developers being required to list their home/business address in app listings, and pricing for in-app purchases finally being a thing — it looks like both are now live on Google Play (app only for now).

While showing the price ranges for apps and games with in-app purchases is being lauded, it’s the address portion that’s leaving some with a bad taste in their mouths. What’s the big deal? Well, the Google Play Store (once Android Market) was built on the backs of smaller indie developers — the same developers who may or may not have the money to afford an office or workspace away from home.

With their addresses now in plain view on all of their app listings, you can see how this could potentially create a weird situation if fallen into the wrong hands. What kind of weird situation you ask? Android developer Koushik Dutta of Clockwork Mod fame sheds some light on this subject with a brief anecdote on his Google+ page. The post describes a “creepy” situation he encountered after a disgruntled customer showed up to his place of residence.

“A few years ago, some guy bricked his Galaxy SomethingOrOther by flashing the wrong recovery. He started messaging me on Google Talk, and then on IRC asking for help. I told him I was not tech support, and that he shouldn’t have flashed the wrong recovery hoping it would work. I said to use Odin and find a debrick guide.

He knew I lived in Seattle, and said we could meet up for me to fix it. I declined. Twenty minutes later… I receive a call. It’s this guy, begging for help. I tell him that’s totally inappropriate, and that he needs to stop.

After I got off the call, I realized that the call was made from the call box downstairs, outside my building.”

We should note: the above stated situation occurred before Google’s new Play Store policies and wasn’t a result of the new changes. While it’s true, technically anyone could grab a developer’s addresses by making an app or game purchase and viewing their Google Wallet receipt, the fact that it’s now openly made public online is still a legitimate concern for some.

It’s being speculated Google was forced to go this route to stay in accordance with European laws and for the most part we get it. But it’s still unclear if developers can simply use a PO Box, UPS address, or if a physical home or business address is absolutely mandatory. What we do know is developers have 30 days to comply with Google’s request starting today, or run the risk of having their apps/games removed from Google Play.

from Phandroid http://ift.tt/1ovWLKN
Posted by Unknown at 3:26 PM No comments: 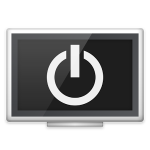 HTC has updated its Sense TV app more than a few times since dropping the app into the Play Store, really highlighting the benefits of separating app updates from new firmware releases. On the other side of the coin, the changes in each of these updates aren't particularly drastic. They're not going to win you over if you're not a regular Sense TV user, but they're nice to see if you are.

Quest of Dungeons, Don't Move, and Space Chem Added To Humble Bundle For PC And Mobile 11—And We've Got 10 Free Codes To Give Away 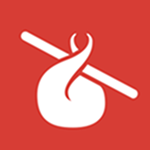 The Humble Bundle for PC and Mobile 11 was already a good deal with 10 total games if you paid $11 or more, but the deal is getting even good-er now that three more games have been added. The new arrivals are Quest of Dungeons, Don't Move, and Space Chem. If you already bought the bundle—check your download link. The new titles should already be there. As for everyone else, we have some codes to give away.

Quest of Dungeons, Don't Move, and Space Chem Added To Humble Bundle For PC And Mobile 11—And We've Got 10 Free Codes To Give Away was written by the awesome team at Android Police. 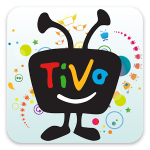 TiVo customers are accustomed to convenience. That's the fundamental premise behind recording TV shows for later, after all. Sure, it sucks to miss a show because it came on during a time when you were busy, but that's more of an annoyance than a problem. The latest version of the Android app addresses a similar annoyance--being restricted to whichever room the big screen is in. After quite a wait, customers are now free to stream TiVo content and live TV directly to their mobile devices.

TiVo App Can Now Stream Shows On Android Phones And Tablets Following Latest Update was written by the awesome team at Android Police.