Crush the Castle by Namco by Namco Networks is now FREE! Crush the Castle by Namco

Posted by Unknown at 8:36 PM No comments: 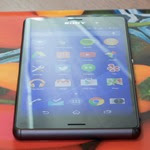 The Galaxy S5. The One M8. The LG G3. All very good phones - all phones that I like, for various reasons, and dislike in certain respects for others! HTC, Samsung, and LG have generally been the de facto leaders of the high-end Android smartphone market here in the US. But what about Sony? I'll freely admit that I've never been much of a Sony smartphone fan. I didn't like the Xperia ZL as well as its competitors.

Sony Xperia Z3 (T-Mobile) Review: Maybe The Best Mainstream Phone Of The Year (If That Still Matters) was written by the awesome team at Android Police. 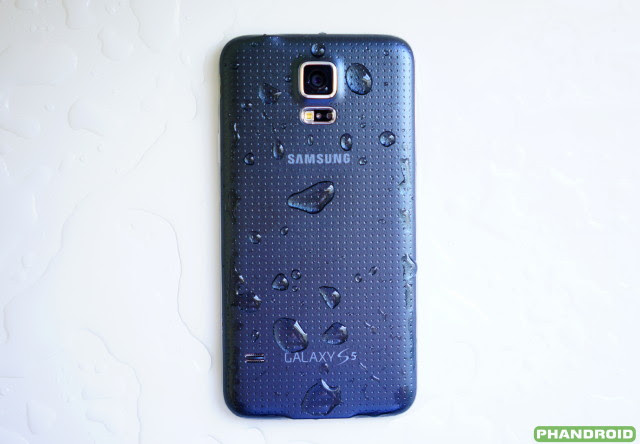 When Google showed off Android 5.0 Lollipop’s new Material Design aesthetic during this year’s Google I/O, the first thing we thought about was how this would translate to the custom skins offered by OEMs like HTC and Samsung. Just before we kick off the weekend, the boys at SamMobile are quenching a little bit of this curiosity with an early look at Android 5.0 Lollipop running on the Samsung Galaxy S5.

This is actually the second time they’re showing off Samsung’s version of Lollipop, although this one is much more recent build. Although it’s still an early version of the software Samsung will eventually roll out to their Galaxy line, it clues us in on exactly what the OEM has in mind for their version of Google’s Material Design UI and really, it’s not half bad.

The current version of the TouchWiz running on the Galaxy S5 we found was actually much easier on the eyes and in some respects, not too far — at least in color scheme — to what Google introduced in Lollipop. The newly leaked version of Lollipopped TouchWiz shows a similar TouchWiz interface, only with small design tweaks to the Settings, Calculator, Dialer and more. Here’s what SamMobile noticed was changed from the previous leaked Lollipop build: 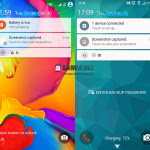 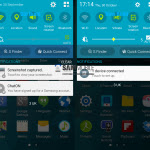 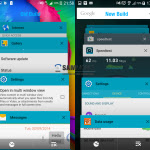 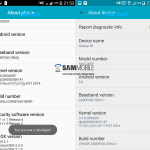 For more image comparisons, make sure to check out the post on SamMobile but in the meantime, check out their hands-on video below.

What We Use 2014: The Stuff Cody Can’t Live Without 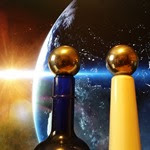 When it came time to think about writing a “What We Use” post last year, I was still somewhat new to the AP team and I had just learned that I was about to be the new Teardown guy, so I took a pass on attempting to compile my entire toolset in a single article. I can’t say that I’m any more prepared to do one this year, but I couldn’t resist joining in on the fun.

What We Use 2014: The Stuff Cody Can’t Live Without was written by the awesome team at Android Police. A frightful evening to you all, ghouls and goblins. It's Halloween, and even if you don't celebrate, there are plenty of sales in the Play Store for you to take advantage of. Several prolific developers have put almost their entire catalogs on sale, so get your bag ready so we can pile in those treats.

There have been hints that Google was working on a new service for transferring data between users in relation to their the individuals’ location. Dubbed “Copresence,” footprints of the new service have now been discovered hidden inside the latest Google Play Services update.

According to the data, it could allow for both Android and iOS devices to communicate with each other, sending miscellaneous files, pictures or other media via Bluetooth or even over WiFi. A treasure trove of files were not only discovered inside the new Google Play Services apk (complete with introduction images), but also APIs in the Chrome Dev channel. Apparently it may not even require a Google account to login, again, a good indication that it will be cross platform. Of course, this is all opt-in (as revealed by the image file names). 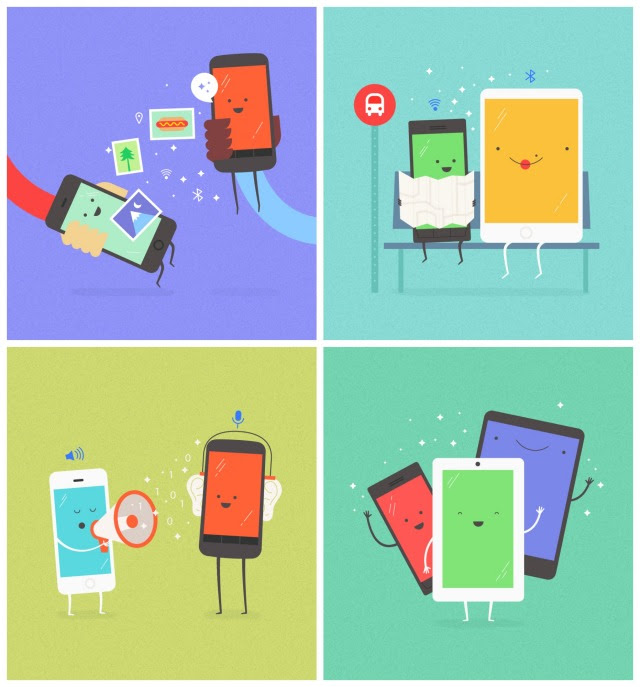 Typically, when 2 people want to send each other files this is usually done by uploading files to a cloud service like Google Drive — where they’re then saved, then having the other person download said media. In an age of privacy, not everyone wants to upload media to the cloud. Using Copresence, users on iOS or Android can send files directly to one another, possibly even communicating in other ways like voice messages. Totally private and secure.

No word on when we can expect Copresence to launch, although with although the XML files and Chrome APIs suggest it could be coming really soon.

from Phandroid http://ift.tt/1nXHAz6
Posted by Unknown at 4:38 PM No comments: 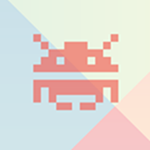 Welcome to the latest entry in our Bonus Round series, wherein we tell you all about the new Android games of the day that we couldn't get to during our regular news rounds. Consider this a quick update for the dedicated gamers who can't wait for our bi-weekly roundups, and don't want to wade through a whole day's worth of news just to get their pixelated fix. Today we've got a retro revival, a sickeningly cute jumping game, an appealing escape title, and a Flappy Bird clone with zombies.

[Bonus Round] Boulder Dash, Tasty Tower, Escape from Montegrande, And Zombie Gunship Arcade was written by the awesome team at Android Police.