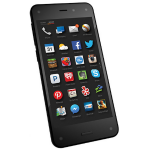 The Fire Phone isn't like other Android phones. It doesn't have the Play Store, nor does it come with Google's suite of apps. Amazon has customized its smartphone enough to look like a different platform, which is how it could get away with running Android 4.2 for so long.

But there are some features that Fire Phone users have had to do without (aside from the missing apps). With the latest jump from Fire OS version 3.6.8 to 4.6.1, that situation is changing. Amazon's handset now runs Android KitKat.

Amazon Fire Phone Gets Android KitKat In Big Update To Fire OS Version 4.6.1 was written by the awesome team at Android Police.