ASUS ZenFone 2 officially launching in the US starting tomorrow 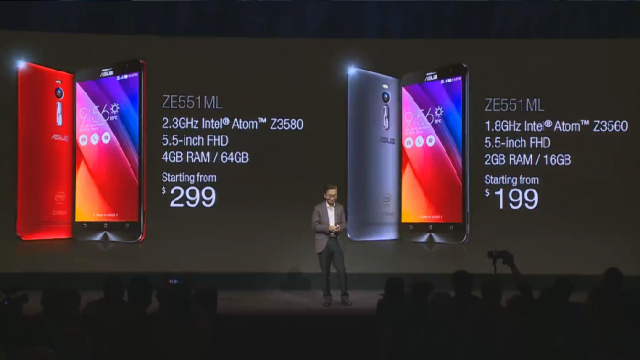 It’s been quite a few months since we first saw the ASUS ZenFone 2 officially unveiled at CES 2015 earlier this year. Today, ASUS unveiled the phone again, but this time they were finally ready to talk about availability. Starting tomorrow, May 19th, the ASUS ZenFone 2 will officially be available to order from major online retailers starting at $200. 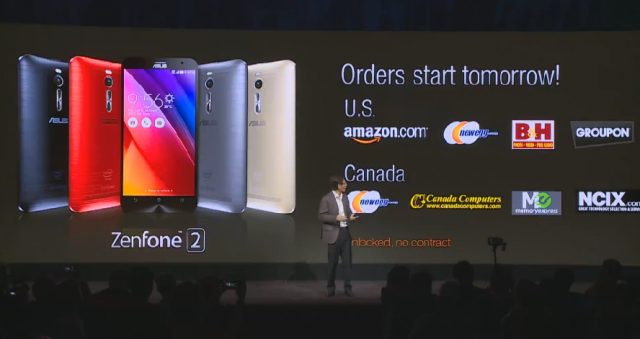 If you’re looking for something a little higher-end than the $200 base model, ASUS will also has the nicely equipped $300 model which comes with a 5.5-inch 1080p display, quad-core Intel Atom Z3580 processor, 4GB of RAM, 64GB internal storage, and a 13MP camera. The phone also comes in a plethora of colors — red, black, gray and silver — with weird (but very cool) 3D patterns.

It’s pretty much the best value in mobile hardware we’ve ever seen and easily undercuts the competition like the Samsung Galaxy S6 Edge which will run over $1,000 for a similarly equipped model. The unlocked North American version of the ASUS ZenFone 2 will be available at fine retailers like Amazon, B&H, Groupon, and Newegg. Who’s buying?