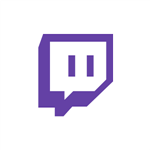 Why did the Twitch app move from its old Play Store listing at "tv.twitch.android.viewer" to a new one at "tv.twitch.android.app?" Beats me - maybe it's because the added functionality in version 4.0 makes it more of a "full" interface for the popular streaming game video service, as opposed to simply a viewer. You still can't stream video directly from your Android device, but now you've got access to the whole expansive collection of gameplay videos.

Twitch For Android Gets New On-Demand Streaming Video, New App Icon, And A New Play Store Listing In The Latest Update was written by the awesome team at Android Police.