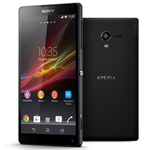 Some of Sony's older hardware (well, relatively speaking, anyway) is getting updated to Lollipop today. If you own an Xperia Z (LTE model), Xperia ZR (LTE model), Xperia ZL, or Xperia Tablet Z, all released in 2013, check your status bar for an over-the-air update. According to Xperia Blog and the always-reliable XDA, all four of these devices are being upgraded as of now. As usual, it may take a few days or even a week or two for the rollout to reach you.