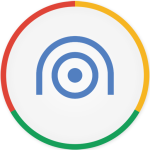 Way back in August of 2014, we got a peek a service Google was experimenting with, at the time called "Workshop." The service would allow users to create customized cases for their Nexus 5, featuring either photos or map imagery of their choice. The cases would come with a special live wallpaper, also customized around the user's preferences.

After that post, though, everything was quiet. We didn't hear or see any new motion on Workshop until last month, when a customized Google Maps case popped up on a Googler's Google+ profile.

The Google Live Case 'Shortcut Button' Looks Familiar - Workshop May Still Be Alive After All was written by the awesome team at Android Police.